For basketball fans, the point guard is a special position. This is usually the shortest guy on the floor, but when they’re good, they can completely dominate the game. The best point guards are usually pass-first kinds of players. They are quick to subjugate their own skills so that their teammates are a part of the play. This is why assist totals are a point guard’s leading indicator. So who are the best point guards of all time? Let’s take a look. 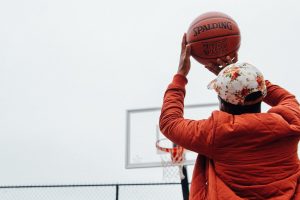 Frazier is a must when considering the best point guards in history. He was a 7-time All D selection and is the Hall of Fame. He played for both the New York Knicks and the Cavaliers in a career that spanned 13 years.

Johnson was pretty tall for a point guard, coming in at 6′ 1″. He played for 13 years and was one of the few point guards in history that consistently earned 10 assists and 20 points every time they played.

Thomas’ floor career was often overshadowed by his front office and coaching career, but he was a great point guard. He led the Detroit Pistons to back-to-back championships during his 13 years with the team.

Considered by many to be one of the most underrated players ever, Stockton wasn’t flashy but was truly a great point guard.

The Big O was really big, especially for a point guard. He stood 6′ 5″ and weighed 220 pounds. Even so, he could move and was a superb athlete. Averaging 27.5 points in his career, and he was the first player ever to triple-double for the whole season.

When considering the best point guards in NBA history, Magic Johnson is on every possible list. A 3-time MVand an All-Star 12 times, Johnson was the best of the best. He is also considered to be the best ever at the two skills every point guard needs – leading and passing. Simply put, no one ever did it better.