One of the biggest baseball rivalries is between the St Louis Cardinals and the Chicago Cubs. For years, the Astros were also in the mix until the team moved to the American League. While the Cubs and Cardinals rivalry is often overshadowed by the rivalry between the Yankees and the Red Sox, it is one of the biggest rivalries in the National League. 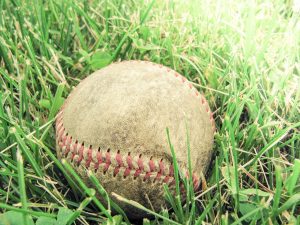 Both the Chicago Cubs and the St Louis Cardinals are two of the oldest teams in baseball. Both of them are also always full of talent and top contenders as teams. However, the rivalry has also been fueled by the fact that the Cardinals have had so much success in comparison to the Cubs. That has changed a little in recent years though; if you remember the Cubs finally getting that next World Series win.

The Cubs and Cardinals have always been friendly rivals, but competition does get the best of people at times. It is going to be interesting to see how this rivalry continues to play out. Make no mistake about it though. The friendly part of the rivalry is always going to be there. It is part of baseball history. Fans of and members of both teams would love to join hands and declare each side the winner at the same time, with the rivalry still intact.

That is not possible when it comes to the game of baseball. One side will have to eventually concede each time both teams step onto the field. However, there will always be another game. It is unfortunate that these teams cannot meet in the World Series due to them both being in the National League. Fans can still watch them fight for the division title though and see which one gets to play a series for the pennant.

Things can always change in the future. Will the Cubs or Cardinals ever switch leagues or divisions like the Astros did? Anything can happen, but you can bet that the Cubs and Cardinals will always be friendly rivals, no matter what. It is sports, it is baseball and it is part of American history.