The sport that you play has a huge impact on how long of a professional career that you could potentially have, if you have the talent to make it to the top. Contact sports, such as American football, tend to result in shorter careers than non-contact sports, such as golf. Here are some of the athletes that are generally recognized as having the longest professional careers in their respective sports. A special thank you to Peter Deluca at Carter DeLuca Farrell & Schmidt LLP for this list. 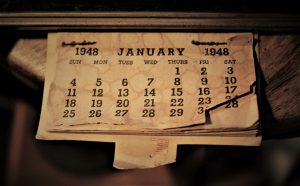 One of the most recognized names in professional baseball is Nolan Ryan, who shares the honor of having the longest career in Major League Baseball with Cap Anson. The careers of both players stretched out 27 years. It is not uncommon for teams to have players whose careers have passed the 20 year mark.

Of course, it’s possible to find professional athletes that have had careers rivaling these three, particularly if you consider athletes playing sports that are not as popular in the United States, such as Cricket. However, all three of these athletes have names that are highly recognizable even years after their retirement, and they’ve been honored for their longevity by their respective sports.

To learn more about another player who played deep into his 40s, here is a video of 47 year-old Julio Franco hitting a home run!