It’s an understatement to say that Americans as a whole enjoy watching football. The NFL (National Football League) alone brings in 64% of all Americans each year when it comes to watching football games. Like any popular sport, at times there are negative things that pop up, such as injuries. In this article, we will talk about the most popular injuries that occur in American football. 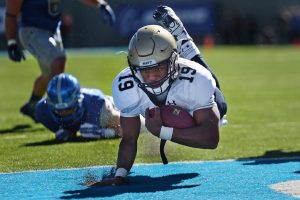 The second popular injury that occurs in American football is a sprained ankle. This can come about for a number of reasons. As football players train or play games, they are sprinting, tackling each other, and overall, stretching their bodies to the limit. When a sprained ankle occurs, the soft tissue around the ankle becomes damaged. The subsequent bleeding and swelling causes the pain felt within the ankle.

Another popular injury that occurs in American football is a hernia. Hernias are common in sports in general, but particularly in football. A hernia occurs when the player’s body is subject to a large amount of stress during kicking the ball, turning, and sprinting. Once the player sustains a hernia, the groin area will be stiff and fairly sore. For the problem to not get worse, it is recommended that the player not continue to participate in the games.

Football is a popular American sport, but it is not always safe. For players to reduce their chances of injury, sufficient exercise and bodily training are recommended to help them stay in the best shape. This will, in turn, help them focus on enjoying the game as safely and healthy as possible.