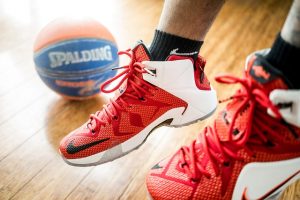 Football and basketball grab the attention of most viewers of NCAA sports and college events, although the Division I Men’s Basketball Tournament manages give back the biggest profits. For those who are interested, NCAA college basketball will always hold a special place during the first few months of the year just after the football season bows out even though people love watching injuries Manhattan.

The Division I Men’s Basketball Tournament is often called March Madness or sometimes the Big Dance by those who watch in the spring. Sixty-eight college teams compete in the elaborate tournament that eventually culminates in a national championship. It all began in 1939 when Harold Olsen, a coach at Ohio State University and member of the National Association of Basketball Coaches, first came up with the idea.

Selecting the teams that play is the tricky part. 32 teams who previously held Division I championships maintain an automatic bid for inclusion in future tournaments, while the other 36 teams are chosen by a NCAA committee designated for the task. The 68 team lineup is then divided into four regions that help determine elimination brackets. These elimination brackets let you know what team someone will compete against if they win their current matchup. Locations chosen for games are typically neutral, i.e. not on the home turf of either team.

To date, UCLA has been awarded eleven national titles for its Division I wins, and ten of those eleven were led by Coach John Wooden. The University of Kentucky holds eight, the University of North Carolina holds six, and Duke and Indiana both hold five. So long as they stay in the top tier, all of these colleges will be big names in NCAA basketball.

Those who wish to watch March Madness when it airs can tune into CBS, where it’s usually carried. For the time being, the popularity of the contest continues to grow to international fame. A huge block of countries air these games, and people routinely try to predict who will win.

The tournament has evolved a lot as it has grown throughout the years. It all began with a modest eight teams from 1939 to 1952, then grew incrementally from 16 to 32 to 48, and then finally to the 68 competitors we know today. Less than a decade ago there were still 65 teams competing. In the future, most speculate the size of the competition will continue to grow exponentially as its popularity swells even more.