All over the world, people enjoy playing sports. One of the popular sports that people enjoy today is Lacrosse. But what not a lot of individuals know about is its history. In this article, we will talk about how and when Lacrosse was invented. 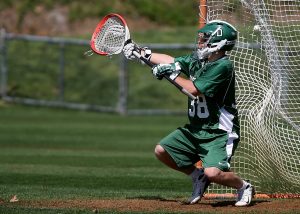 Lacrosse got its start by being played by Native Americans. Rather than being called “Lacrosse”, however, the sport was known as “Stickball.” Stickball was initially played by the Algonquian tribe in order to train as well as for fun, and religious reasons. At any one time, there were between 100 and 100,000 players enjoying the game, which could continue on for days.

Originally, the balls used were made of wood, but over time they were changed to being made of deerskin. In preparation for Lacrosse, players would decorate their face and body. It was also not unheard of for individuals to place bets on the outcome of each game. Much like modern-day lacrosse, it was a family event; enjoyed by husbands, wives, and their children.

In the 1630s, French Jesuit missionaries had the privilege of witnessing Lacrosse being played by Native Americans. In fact, the term “Lacrosse” was first spoken by one of these missionaries. News and interest in the game began spreading, and in the year of 1860, Lacrosse had become the national game of Canada. In 1876, Queen Victoria herself watched a game and remarked that it was “very pretty to watch.”

By the beginning of the 20th century, Lacrosse was popular in several countries, and in 1904 and 1908 Lacrosse was played in the summer Olympics. Today, Lacrosse continues to be a popular and celebrated sport. It is played by men and women alike, and students at grade school and college enjoy the game each year. Lacrosse is also played professionally. It is a truly remarkable sport that got its start many years ago, invented by Native Americans who set the groundwork for our love of Lacrosse today.

For a quick rundown on the history of lacrosse, check out this video: