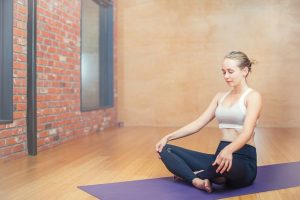 When I was a kid growing up, I was a big football fan. Huge. Whenever my favorite football team, the Kansas City Chiefs, played on national television, I was sure to watch the game from kickoff to the postgame show: even going so far as postponing homework that was due the next day. And I was what some might call a diehard fan. I would scream at the top of my lungs after my team won a big division rivalry, and I would even throw temper tantrums in the midst of a playoff loss.

As I grew older, my temperament changed so I didn’t get upset over losses or absolutely ecstatic over wins. Not to say that wins or losses didn’t affect me anymore; I still felt somewhat dejected after a loss and I still felt a small sense of pride and uplifting after a big win, as if I were actually a member of the team. And like anyone else who follows sports at all, I’m well aware that some fans my age still get highly invested in their team’s successes and failures. I went to college in Massachusetts when the Red Sox beat the Yankees in the 2004 American League Championship series and became the first and only team in Major League Baseball history to win a 7-game series after losing the first three. I didn’t dare leave my dorm room that night for all the rioting that was to follow.

But, what is it that sparks this strong connection, this unbelievable degree of empathy, for a sports team or even a sport in general? What triggers this notion of vicarious experience that draws thousands of people to stadiums all over the world and inspire reactions as deep and impacting as rioting in the streets – sometimes over a win, no less – where others might calmly sit at home and say, “It’s just a game”?

The truth is that the answers will vary greatly depending upon whom you ask. Some people are in it to support the home team for whatever incentive, be it the local economy or just a reason to get out of the house. Others, like myself, just take to a team for inexplicable reasons after being introduced to the sport and ride the wave of success or failure for years to come. Some join the bandwagon of teams or individuals at times when they perform well (we tend to call them “frontrunners”). And then there are even some who just like the colors of the uniforms.

Science has attempted to explain this in various ways, sometimes by describing what some have called “mirror” neurons that trigger our empathy for particular parties (in this case, the athletes we watch), some cite basic physiological functions such as the release of certain hormones – most famously, testosterone – and others inquire as to the psychological impact or even the external stimuli: forgetting your real-life troubles for just a few hours at a time as most forms of entertainment are said to do or perhaps because you’re a gambler as well as a sports fan.

The point is that, as sports fans, we have a plethora of reasons for following sports and particular sports teams. And while sports journalism attempts to tie up the storylines of fans into nice, neat, little bundles, the truth is far greater than an exposé might ever reveal. The simple truth is that we all come from somewhere, we all have a background. Some of us are born into a family of sports fans, growing up with our baby bibs and one-piece pajamas plastered with the logo of mom and dad’s favorite sports teams. Some of us discover them on our own and naturally get caught up in the throes of fandom. And some of us really have no rhyme or reason to it whatsoever. Perhaps we just enjoy the game. Perhaps we just enjoy being a part of something bigger than ourselves. Perhaps we just like flashy colors.