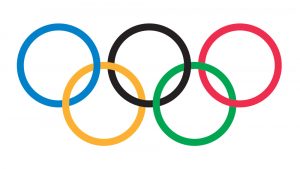 Chances are if you watch the Olympics at all, you have a slight preference. What determines a great Olympic scene, though? Is it the environment in which athletes compete, or is it the big names of the athletes themselves? Is it the kind of sports we like to see? We try not to have a bias one way or another, but here are a few of the biggest reasons you might approach one or the other as a favorite!

If you prefer the Summer Olympics, then it’s possible you have a more rigid personality. You might prefer things with more clearly defined parameters. Maybe you’re even a bit OCD in your everyday life. Most sports played during the Summer Olympics have winners and losers, and anyone can tell the difference between the two. Obviously, if you come in second place in a race, you lost the race. In the Winter Olympics, many of the competitions are won or lost because a panel of judges determined it should be so. That’s not everyone’s cup of tea, and that’s okay.

There’s another reason your rigid personality might prefer the summer over the winter. In the summer, you’re more likely to know what a sport is all about. You’ve probably run a race before (even if it was a long time ago), and so you probably have a decent idea of a good time versus a bad one. The same can be said for many of the sports played in summer. You’re familiar with them, and so you’re familiar with the good versus the bad. In winter, you probably have absolutely no idea what kind of time is a “good” time or distance for a sledding race or a ski jump. Maybe if you lived in a country with a colder climate, you’d have a better idea–but you don’t.

If you prefer the Winter Olympics, you might have an equally rigid personality, albeit in a completely different way. If you value the more hardcore training required of winter athletes and the elements they face, you might prefer to watch them compete more. If you like to see hockey players get into all-out brawls, you might prefer to watch them compete. If you like to experience the cold weather yourself or play winter sports, then naturally you’re more likely to want to watch them or have more respect for those who train for the highest honors and awards that those sports have to offer.

Then again, you might value the Winter Olympics over the Summer Olympics if you prefer sports you’re not familiar with. If you think variety is the spice of life and you’re comfortable with what you don’t know, then these competitors and the sports they play might be for you.

Ultimately, neither competition is better than the other. But that doesn’t mean you can’t prefer one or the other. It depends on the individual watching, and the kind of person you are and the experience you’ve had in life will help determine that preference. There’s nothing wrong with either one.