The e-sport arena is growing at a rapid pace, and it’s estimated that in 2019 there will more than 300 million fans following it religiously. But is there a difference between sports and e-sports? And if so, what is it? 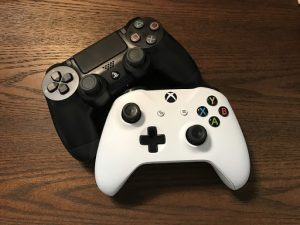 Just to avoid any possible confusion, e-sports speak to competitive video gaming. In other words, guys and girls who are good at games like League of Legends, Dota 2, Star Craft 2, Counter Strike and other titles, come together and compete mostly in team events.

Now, the term “athlete” is being associated with e-sport players, because they are taken more seriously these days. However, not everyone agrees, seeing as they aren’t depending that much on their physical abilities.

In reality, there isn’t much difference between sport and e-sport, because both require a type of fitness, coaching and other elements an athlete would need.

For example, e-sport players practice up to 8 hours a day, and they have to have incredibly quick reflexes. Then, of course, they require lighting fast thinking. In fact, it’s one of the toughest arenas to break into these days, due to the high level of competition.

In 2015 a total of $61 million dollars was divided between e-sport tournament winners, and the prize money just keeps getting more each year. In 2016 it increased by 70%, and it’s set to be more this year.

While e-sport athletes might not be exerting themselves physically, they are balancing their mental and reflex abilities. And if it was easy to do, there wouldn’t be 100 million people watching it online like people watched Super bowl Sunday. I don’t think it’s criminal to say they are athletes to some degree.

So no, there’s isn’t much of a difference between sport and e-sport, and it’s just a matter of time till you see it in the Olympics.

If you want to learn more about esports, please check out the following video!