While there has been some major controversy over the Washington Red Skins, their name, and logo, there have been some major travesties over the years. Some of the logos that used to exist within the NFL, according to Navarrete and Schwartz are offensive as well as just plain ugly. Here are some of the worst defenders. 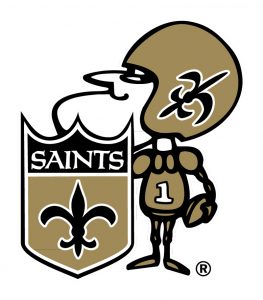 From the years 1967 to 1984, this was the logo of the New Orlean Saints.  Currently, the logo of the Saints is a fleur-de-lis as pictured on this cartoon character’s shield. He appears to be some sort of knight but he isn’t really playing football or doing anything threatening. Good thing they retired this logo. 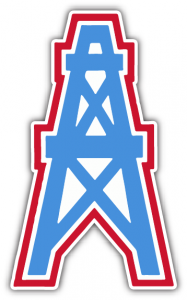 This logo was used from 1961 to 1968. The team is now the Tennessee Titans who also have a less than desired logo. But this logo is well, nothing more than an oil rig.  Who wants to wear an oil rig on the side of their head? We are glad that the team decided to move and change names.

The Dolphins Ray of Sunshine

This current logo of the Miami Dolphins which has been used since 2013 is a travesty. We know that Florida is the sunshine state but why does Miami need to have it in their logo? This looks like a flying dolphin too close to the sun. Now all I can picture is this poor Dolphin dying because he’s not near any water.

What do you think? Do you have any logos that you think of jacked up?